New Book on Bible: If Not Empire, What 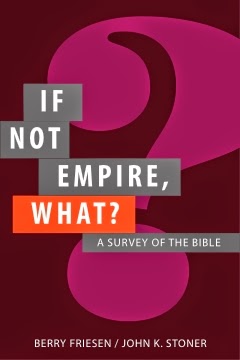 The Bible is the most diverse and time-tested set of writings we have on the intersection of life, empire and faith. It deserves careful attention in a time like ours when imperial “solutions” threaten Earth.

We are asking people to read the Bible the way it was written—as a collection of arguments about life, love and power. Especially, we ask people to pay attention to the big argument, whether God created the world to work by the imperial paradigm of domination and homicidal power or by the peasant-and-commoner vision of compassion and community.

We offer this book free of charge as a PDF document. We also invite you to purchase paperback copies from our page on Createspace.com. It is also available as an eBook via Lulu.

For independent reviews by John A. Lapp and Tony Bartlett, click here.

If you are in Pennsylvania, read this note and use the template to ask our Governor to hold hearings on the Horsham Drone site.

Eliminate the Drone War Command Center in Horsham and All Drone War Activities in Pennsylvania!

Representatives of the Pennsylvania Interfaith Network Against Drone Warfare met with two members of Pennsylvania Governor Tom Wolf’s policy and planning staff at the Capitol in Harrisburg on April 13 to press for public hearings about emerging drone warfare activities in Pennsylvania including the imminent operation of a drone warfare command center at Horsham, Pennsylvania—matters of imminent and critical importance not only to the citizens of Pennsylvania but also to all of God’s creation.

To support this initiative, please e-mail your version of the following message as soon as you can to Pennsylvania Governor Tom Wolf at Governor@pa.gov with copies to members of his policy and planning staff who met with the Network on April 13—Mark W. Smith at markwsmith@pa.gov and Michael Chang at michang@pa.gov:

As Pennsylvania’s new Governor, you’ve already accomplished a lot including your earlier announced moratorium on the death penalty. Your actions suggest that you and your staff have what is necessary to address another issue of impending and critical importance to the citizens of the Commonwealth—emerging drone warfare activities in Pennsylvania.

Since March, 2013, the U.S. Air Force has been developing a drone warfare command center at the Air Guard Station in Horsham, Pennsylvania. I understand that it is scheduled to become fully operational sometime during this calendar year. (https://www.brandywinepeace.com/…/demonstration-at-horsham-…/)

From Horsham, drone operators will conduct remote-controlled drone attack missions, launching Hellfire missiles against people thousands of miles away. Drone operators are currently being trained for the command center in Horsham. I am also concerned about the Fort Indiantown Gap headquarters of the Pennsylvania Guard/Air National Guard where drone training operations are being conducted and surveillance drones are being deployed.
https://www.pennlive.com/…/drone_crash_fort_indiantown_ga.ht…

As one opposing drone warfare, I continue to encourage you to initiate public hearings regarding this ominous development in Pennsylvania.

Conscience Behind Bars: The Prison Letters of Norman Lowry  is available now as  paperback ($5.00)  or  FREE PDF BOOK. Arrested for his acts of faith-inspired civil disobedience, Norman Lowry reflects from his prison cell on what it means to follow Jesus in a culture of perpetual war-making.

Latest news and comment from the extended $10.40 For Peace community